I have been following the case of Green Bay High School excluding a student who has Aspergers and other special needs, a case that the school lost in the High Court. The school lost that case for very convincing reasons. Despite the strong and clear judgement from the High Court that the school failed the student in a number of ways and should not have excluded him, Green Bay High School is seeking leave to have the case taken to the Court of Appeal. 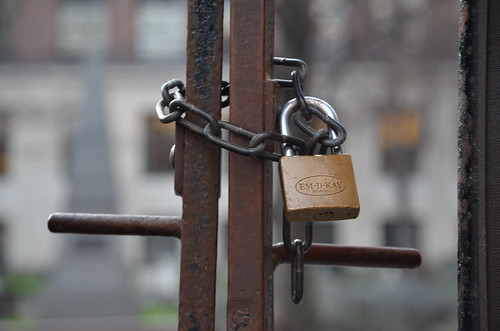 When I first heard about the appeal I went from incredulous to outraged, and the more I read about the school’s perspective and actions on the matter, the more annoyed I became. This is not just a case of a school under-supporting and misunderstanding the supports made available to a student in their care, not just a case of a school that performed inadequate investigations into an incident that they used as a basis for excluding a child; more than that, this is a case – in my eyes – of a school that is willing to spend money, time, effort on whatever it takes to exclude a child rather than put the same money, time and effort into including them.

I’m basing my views here on every type of public report I can get my hands on, but most of all on the court’s own decision which does a comprehensive job of outlining the circumstances that lead up to the incident. I found the decision to be rather damning of the school, and with good reason. The school was slow to implement support, took away some supports that had been put in place, and was not utilising strategies suggested expressly by specialists, yet argued in the court case that the Ministry of Education was at fault for failing to provide adequate support. The school was meant to perform a thorough investigation into the incident that lead to exclusion, but didn’t even hear from the mother at the Board of Trustees meeting on the matter, and the court considered that what the mother had wanted to share with them was important and relevant. Furthermore the principal was ill-informed, thinking an IEP was in place in order to help the student, without realising the IEP had been focused on removing supports. (The judge also raises the question of whether the incident was even severe enough to qualify as gross misconduct, though they didn’t feel the need to ultimately express an opinion on that point due to their previous findings.)

And so Green Bay High School was meant to start taking steps to allow the child to return. It did not. It has not. The case’s outcome meant the student was still enrolled at and entitled to attend class. A month has passed since that first decision, and according to the family and their lawyers the school has not engaged with them to follow through on the court’s ruling. Instead we hear the school is going to now appeal the case. On what grounds, I don’t know and can’t see yet, but I suspect they’re going to claim the child is some sort of uncontrollable demon based on a set of quotes in this news piece:

“We’re dealing with someone who goes from calm to angry, to very angry, to angry and aggressive, in a millisecond – and that’s a really hard thing for staff to deal with,” [the Board Chairman] said. “We have to put a huge priority and importance on the other students. They have to be safe and the teachers have to be safe.”

Even if that description of the child is entirely accurate (and frankly it sounds like a rather obvious and simplistic exaggeration to me), I feel like they’ve still missed the point: the student needs support, appropriate support, and with appropriate support the student can and has flourished in the past. It sounds to me like the school has given up, or doesn’t want to try, or thinks it shouldn’t have to try. If we as parents of special needs children took the same stance a the school seems to, all our kids would end up in institutions, separate from the rest of society because it was just too hard or we weren’t willing to try. But we fight, and we learn, and we don’t give up, and we expect schools to do the same, rather than seek to just get these kids out of sight out of mind.

If Green Bay High School really wants to keep its staff and students safe, it should be willing to do whatever it can to help this student to manage his own behaviours, with the calming and coping strategies suggested by specialists. If they are unwilling to do that, they are doing a disservice to the entire school population, not just this single child; a school that is unwilling to learn and adapt and fight for the well-being of all its students, is not one I would ever send my own child to, with special needs or otherwise. It is the opposite of modern inclusive education; it is old-school exclusion based on difference, on disability in this case. It is hurtful, harmful, and threatening to families like mine whose children just need a little understanding so they can get the education every other child gets in this country.

But really, who am I to say the school should be ashamed? I don’t attend or run the school, I didn’t sit through the court case, and I don’t pretend that I have. I leave you to make up your own mind, draw your own conclusions based on the facts presented by all sides. The news stories take their various leanings – to such a degree that sometimes you even wonder if they’re talking about the same student and situation – but the court case was a search for truth and justice, and presented agreed-upon facts, used objective evidence, and applied the relevant law; if you want a real overview of what sort of child and school this case is all about, please take the time to read it for yourself.

I’ll give the school this much: A mind that can be changed. I will see what case they make for the appeal, I will see how they think the judge got it wrong, and I want to see whether the grounds are considered strong enough to grant the appeal, and then of course I will read any appeal case too. I will let the facts change my mind about the school and the way it is run, because I would like to be wrong, I would like this school to have actually tried its best and genuinely acted in the best interests of all students, and not simply put this poor boy’s future and education in the too-hard basket. And if I am wrong, I will come back to this post and apologise and set the record straight, with the same willingness to learn and be corrected that the school should be showing its community; a community that does not and should not exclude those with special needs.

But on what I know so far, the school should be ashamed, and should be examining its own short-comings, rather than continuing to publicly defame a 14 year-old boy in the media as they drag the family back into court instead of getting on with educating him.

To access the pdf of the High Court decision from February 2014, click the first search result that comes up through this link. If anyone else has a more direct way to share the file, please let me know.